A Community Redevelopment Agency (CRA) is a dependent district established by City government for the purpose of carrying out redevelopment activities that include reducing or eliminating blight, improving the economic health of an area, and encouraging public and private investments in a CRA district. The CRA is governed by State Statutes, Chapter 163, Part III.

The Maitland Community Redevelopment Agency, located within 246.308 acres in downtown Maitland, is funded through Tax Increment Financing (TIF). The funds are collected as property values increase and a portion equal to that increase is captured by the Agency. TIF raises revenue for redevelopment efforts without raising taxes. CRA’s have been used by many cities in Florida to revitalize urban areas. Other city examples include Orlando, Winter Park, Delray Beach and Sarasota. An important part of creating a CRA is the preparation and adoption of a CRA Master Redevelopment Plan, which sets forth the programs for improvement for the redevelopment area. 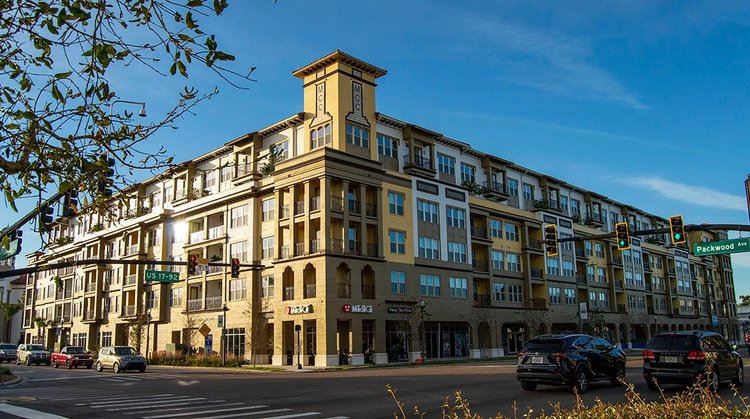 In 1997, the City adopted the Downtown Maitland Master Plan. This plan outlined strategies to improve the physical infrastructure of the City and address community and neighborhood concerns. Since that time the City has invested over $2,000,000 in public transportation improvements, installation of entryway features into the community and limited redevelopment activity along its primary commercial corridor U.S. 17-92.

In May of 2002, the City Council authorized staff to begin working on a more aggressive redevelopment plan utilizing a Community Redevelopment Agency. Subsequently, City staff held discussions with Orange County government staff and elected officials to evaluate the potential merits of this strategy.

The 1997 Downtown Master Plan was also updated and adopted as the Redevelopment Plan for the CRA. Since that time, the Maitland CRA has completed a variety of significant infrastructure projects which have been instrumental in paving the way for development that is occurring today. These projects include the Master Stormwater Retention Pond, construction of Sybelia Parkway, Stormwater system upgrades, the purchase of right-of-way for the extension of Independence Lane and more.

In 2016, the Downtown Master Plan was once again updated to reflect the accomplishments of the 2003 Plan and to adapt to the changing conditions in Downtown Maitland. A Downtown Branding and Marketing Plan was also formulated and adopted to assist in positioning and defining the emerging downtown in the Central Florida marketplace. "Downtown Maitland, where our community comes together" reflects the emotional tie that Maitland residents feel towards the downtown area.